The ‘Atbai’, the local name for the Eastern Desert of Sudan, is a rocky region punctuated by ancient goldmines, nomadic camps, rock art, and the vestiges of ancient Egyptian expeditions. The Atbai desert is the home of nomadic groups known variably as the Medjay, Blemmyes, and Beja in Egyptian, Classical, and Arabic documents respectively. This fieldwork project is dedicated to understanding and elucidating the relationship between indigenous nomads and ‘foreign’ Egyptian and Nubian riverine cultures who ventured into this desert. The survey aims to map the ancient Egyptian exploration of this desert and also properly anatomize the local pastoralist indigenous cultures. The 2018 season is the first of what is hoped to be a longer project investigating the relationship between nomads and urban states in the context of one of the world’s most ancient goldmining regions.

END_OF_DOCUMENT_TOKEN_TO_BE_REPLACED 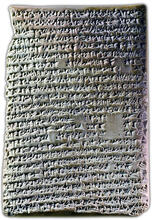 Mesopotamian commentaries represent the world’s oldest cohesive group of hermeneutic texts. Numbering nearly 900, the earliest date to the eighth century and the latest to ca. 100 BCE. For the first time the cuneiform commentaries, currently scattered over 21 museums around the globe, will be accessible on one platform.

The Cuneiform Commentaries Project was funded by Yale University (2013-2016) and the National Endowment for the Humanities (Division of Research Programs “Scholarly Editions and Translations,” 2015-2018).

END_OF_DOCUMENT_TOKEN_TO_BE_REPLACED

The site (in middle ground), with the Church of St. Shenoute at the center and the modern monastery in the foreground.

Yale’s archeological work in southern Egypt has involved the excavation, documentation, and conservation of Christian monastic remains associate with the White Monastery (Dayr al-Abyad), also know as the Monastery of St. Shenoute (Dayr al-Anbā Shinūdah), at the edge of the secert to the west of the city of Sohag.

END_OF_DOCUMENT_TOKEN_TO_BE_REPLACED

The ancient city of Edfu is situated on the West Bank of the Nile valley, halfway between Aswan and Luxor. In ancient times, Edfu was the capital of the 2nd Upper Egyptian nome and it formed an important regional center in Upper Egypt from the middle of the 3rd millennium BC until the late Byzantine period.

Since 2014, one of the main research objectives of the archaeological fieldwork at Tell Edfu has been to identify the earliest traces for settlement activity and to investigate the Old Kingdom occupation which lies deeply under the actual preserved tell side.

END_OF_DOCUMENT_TOKEN_TO_BE_REPLACED 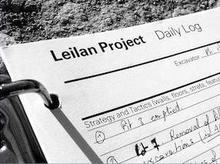 Tell Leilan and the Dynamics of Social and Environmental Forces across the Mesopotamian Dry-Farming Landscape. Harvey Weiss, Professor of Near Eastern Languages and Civilizations and of Forestry and Environmental Studies.

END_OF_DOCUMENT_TOKEN_TO_BE_REPLACED

A primary focus of YMAP-North has been the Monastery of John the Little in Wādī al-Naṭrūn (ancient Scetis). Vast in extent (over seven square kilometers in area), the archaeological site contains around eighty unexcavated architectural structures, which have been subject to threats of agricultural encroachment and human vandalism. During their seasons in the field, the project partnered with the Egyptian Supreme Council of Antiquities to document these valuable remains and to preserve them for future generations.