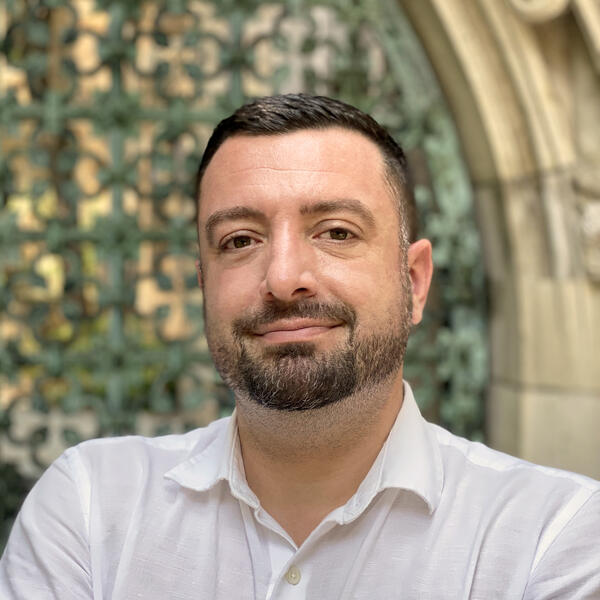 He obtained his doctorate (2010) in Archaeology and Art History from the University of Poitiers, France, with a specialty on settlement and domestic archaeology for the Greco-Roman period in Egypt.

Before joining the NELC department at Yale University in 2020, he was Senior Research Associate at the Oriental Institute and Lecturer at the Department of NELC at the University of Chicago.

Trained in Classical and Egyptian Archaeology, he excavated on several sites in Europe and participated in numerous rescue excavation projects in France before focusing actively his research on ancient Egypt. He has participated in over twenty archaeological missions and surveys in various parts of the Nile valley and the Egyptian deserts since the late 1990s, collaborating with the French institute (IFAO), the German institute (DAIK), the Egypt Exploration Society (EES) and several European and American universities and institutes. His extensive field expertise over two decades encompasses most of the Egyptian history from the Predynastic Period and the Old Kingdom to the Greco-Roman and Coptic periods.

He co-directs since 2009 the excavation at Tell Edfu, Upper Egypt, with Nadine Moeller, Professor of Near Eastern Languages and Civilizations at Yale.

In 2015, he engaged an extensive survey on a newly discovered early Roman emporion in the Northern Nile Delta. He has also focused his research on harbor sites for the Pharaonic period along the Red Sea shore, for over a decade at Ayn Sukhna and supervising since 2011 several operations at the Wadi al-Jarf, the harbor of King Khufu on the Red Sea. He is consultant archaeologist for the Epigraphic Survey of the Oriental institute (Chicago House) in Luxor.

Gregory Marouard has received several grants and awards; he is the author of a number of articles and book chapters dealing with various aspects of the archaeology of the pharaonic period.