Eckart Frahm’s main research interests are Assyrian and Babylonian history and Mesopotamian scholarly texts of the first millennium BCE. He is Faculty Affiliate of the Anthropology Division with Responsibility for Research on Cuneiform Tablets at the Yale Peabody Museum.

Frahm is the author or co-author of six books: a study of the inscriptions of the Assyrian king Sennacherib (Einleitung in die Sanherib-Inschriften, AfO Beih. 26, Vienna 1997); an edition of new historical and historical-literary texts from Assur (Keilschrifttexte aus Assur literarischen Inhalts 3, WVDOG 121, Wiesbaden 2009); a volume of hand copies of two hundred Late Babylonian letters and documents from Uruk, co-authored with Michael Jursa (Neo-Babylonian Letters and Contracts from the Eanna Archive, YOS 21, New Haven 2011); a comprehensive study of ancient Near Eastern hermeneutics (Babylonian and Assyrian Text Commentaries: Origins of Interpretation, GMTR 5, Münster 2011); a general history of ancient Mesopotamia (Geschichte des alten Mesopotamien, Reclam UB 19108, Ditzingen 2013), and a study of cuneiform texts describing celestial constellations, co-authored with Paul-Alain Beaulieu, Wayne Horowitz, and John Steele (The Cuneiform Uranology Texts, TAPS 107/2, Philadelphia 2018). He is the editor of A Companion to Assyria, published in 2017 by Wiley as part of the series Blackwell Companions to the Ancient World, and, together with Agnete Lassen and Klaus Wagensonner, of Ancient Mesopotamia Speaks: Highlights of the Yale Babylonian Collection (New Haven 2019), a volume that serves as a companion book to an exhibition curated by the editors that is shown at the Peabody Museum of Natural History from April 2019 to June 2020.

Frahm is the founder and, together with Enrique Jiménez, director of the NEH-funded Cuneiform Commentaries Project, which seeks to make the large corpus of Babylonian and Assyrian text commentaries available in electronic form (see http://ccp.yale.edu). He is the co-founder and editor, together with Michael Jursa, of the series Guides to the Mesopotamian Textual Record (Münster: Ugarit-Verlag), subject editor for Assyriology of the series Culture and History of the Ancient Near East (Leiden/Boston: Brill), and area editor for the ancient Near East for the multi-volume Encyclopedia of the Bible and its Reception (Berlin: De Gruyter). He serves as a member of the advisory board of the project Official Inscriptions of the Middle East in Antiquity (OIMEA) at the Ludwig-Maximilians-Universität München, and of a few other projects. Frahm is associate editor of the Journal of Cuneiform Studies (Boston: ASOR) and on the advisory board of the Zeitschrift für Orient-Archäologie (Berlin: De Gruyter). In 2007, Frahm was elected Corresponding Member of the German Archaeological Institute.

At Yale, Frahm is a co-organizer of the Assyriological Seminar series, and a member of the steering committee of the Archaia program for the study of ancient and premodern cultures and societies. During the past years, Frahm has served as an expert witness in a number of high-profile cases of trafficking in cultural artifacts from the Middle East. Before coming to Yale, Frahm was a research assistant and Assistant Professor of Assyriology at Heidelberg. He served in 2001 as epigrapher in the German excavations at Assur (Iraq) and has worked extensively in the collections of the British Museum in London and the Vorderasiatisches Museum in Berlin. In 2004, Frahm was an instructor in a USAID sponsored summer course for Iraqi archaeologists and assyriologists held at the American Center for Oriental Research in Amman (Jordan); in the spring of 2019, he taught at Yale-NUS in Singapore. Most of Frahm’s articles can be downloaded at his academia.edu site. Videos of interviews with and lectures by Frahm are posted at: https://streaming.mu.edu/Watch/Ra9m6KBo https://www.youtube.com/watch?v=GcsTGla1CCc 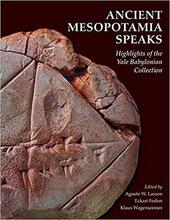 Highlights of the Yale Babylonian Collection 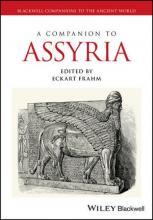 A Companion to Assyria

Blackwell Companions to the Ancient World

Neo-Babylonian Letters and Contracts from the Eanna Archive

Einleitung in die Sanherib-Inschriften (Introduction to the Inscriptions of Sennacherib) 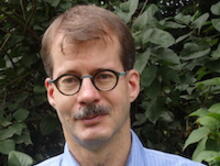