Named after the city of Akkad in northern Babylonia, Akkadian was the most important language spoken and written in the ancient Near East between the third and first millennia BCE. Akkadian belongs to the Semitic language family and is related to Arabic and Hebrew. It can be divided into a number of dialects, the most important of which are Old Akkadian, Babylonian, and Assyrian.

The available text corpus (more than half a million of tablets housed in museums throughout the world, including the Yale Babylonian Collection) is larger than that of classical Latin and surpassed in size by only one ancient language, Greek. Akkadian texts, written on clay tablets in cuneiform script, are known from a vast geographical area, from Iran to Egypt and from southern Iraq to central Anatolia. The corpus includes myths and epics, hymns, rituals, royal inscriptions, treaties, diplomatic correspondence and private letters, medical, botanical, mathematical, astronomical, divinatory, and other scholarly texts, law codes, legal documents, administrative records, and even proverb collections and humorous compositions.

At Yale, Akkadian is taught in a sequence of courses, from Elementary through Intermediate to Advanced, that focus on grammar, vocabulary, and signs and enable students from the second term onwards to read Akkadian texts in their original form. Additional courses are focused on specific Old Akkadian, Babylonian, and Assyrian texts and Akkadian history and culture. Studying sources in Akkadian helps students understand the emergence and development of the earliest cities and states, literatures, social and economic structures, and religious belief systems (including that of Biblical Israel). 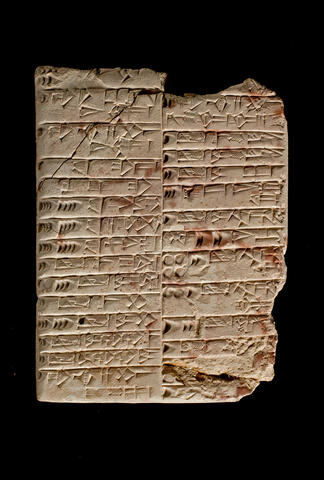