Earliest Image of Egyptian Ruler with “White Crown” of Royalty 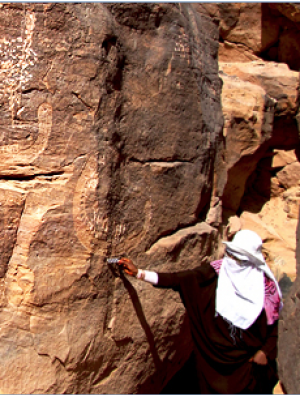 The earliest known image of an Egyptian ruler wearing the “White Crown” associated with Egyptian dynastic power has been brought to light by an international team of archaeologists led by Egyptologists from Yale University.

Carved around 3200 BCE, this unique record of a royal celebration at the dawn of the Egyptian dynastic period was found at a site discovered almost a half-century ago by Egyptologist Labib Habachi at Nag el-Hamdulab, on the West Bank of the Nile to the north of Aswan.