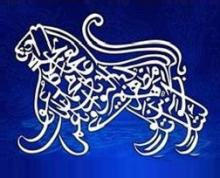 Since its establishment in 1841, the Arabic and Islamic Studies Program at Yale—the oldest such program in the United States—has focused on the study of all aspects of the history and culture of Islamic societies. Arabic is the language of the Qur’an and Muslim practice; it is the universal language of medieval scholarship, philosophy, and science; in modern times, it is one of the six international languages of the United Nations and the living medium of a vibrant and constantly developing modern literature.