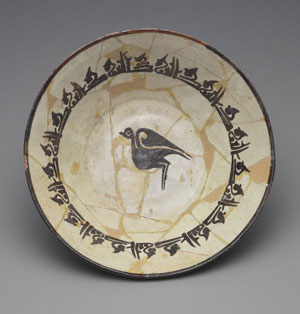 The Arabic Humanities is a specialization of the NELC PhD devoted to the fifteen-hundred-year tradition of Arabic literary culture, with an emphasis on the premodern. Arabic authors in such genres as belles-lettres, geography, history and historiography, and literary history and criticism, have been acutely conscious of working in a tradition, and helped create a vast field of literature, ranging from the Atlantic coasts to India and beyond, in which interpretation, intertextual allusion and commentary have played a constant role. We study these authors, their texts, the contexts in which they produced them, and the history of their interpretation. The Arabic Humanities specialization shares many courses with the Classical Near East specialization, but the focus here is primarily on the Arabic literary tradition.

Students in the Arabic Humanities specialization must demonstrate mastery of classical Arabic and the ability to conduct research using one other Near Eastern language relevant to their research. They must also have reading knowledge of academic French and German, two of the major languages of scholarship on the Arabic tradition.

Students take NELC’s Arabic Seminar every semester. This allows them regularly to encounter new genres and emphasizes the importance of not studying one strand or genre of the Arabic literary tradition in isolation. Beyond the NELC department’s rich course offerings on classical Arabic and on interconnected literary traditions in other languages of the Near East and other regions, Yale also offers students related training in Islamic thought through the Religious Studies department and in world literatures through such departments and programs as Comparative Literature, English, French, and Spanish & Portuguese and Medieval Studies.

The resources at Yale available to students of the Arabic Humanities include the Beinecke Rare Book & Manuscript Library, which holds one of the largest Arabic manuscript collections in North America and the resources of the Whitney Humanities Center, which promotes scholarly research and hosts numerous events and study groups across fields in the humanities. In this context, Arabic plays a significant role in discussions about and research into the humanities at Yale, benefitting from and offering new perspectives to the study of the humanities at large and connecting the Arabic Humanities in NELC with a broad intellectual community of scholars with like interests in different areas.