Home » Publications » Aspects of Arabic Culture: The Yemeni Proverbs of the City of Ibb

Aspects of Arabic Culture: The Yemeni Proverbs of the City of Ibb 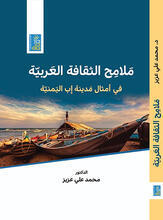 Dr. Muhammad Aziz collected over one thousand proverbs from his birthplace of the city of Ibb in Yemen. He explained these proverbs and often provided a story behind some of the proverbs. If there is no story behind the proverb, Aziz gives explanation to the vocabulary in meaningful standard Arabic. Some of these proverbs were collected orally and some were documented in some Yemeni books on proverbs. Those documented were inaccurate in their pronunciation. The author had to correct their pronunciation, not based on the Arabic grammar, but rather according to the oral transmission of the proverb, as spoken by the local residents of Ibb. Aziz does not claim that he exhausted all the proverbs, but he recorded the most famous ones that are circulated among the inhabitants of the city of Ibb.