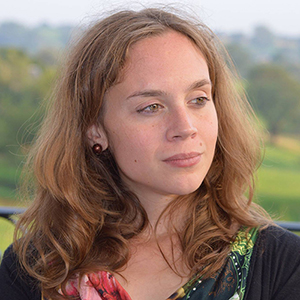 Gaëlle Chantrain is a postdoctoral associate and lecturer in Egyptology at the department of Near Eastern Languages and Civilization of Yale University. She did her master at the University of Liege (Belgium), where she was also collaborator in the Ramses Project (http://ramses.ulg.ac.be) and research assistant (2008-2012). In 2017 she completed her PhD at the University of Louvain (Belgium), with a research fellowship from the National Fund for Scientific Research (FNRS, 2013-2017). The topic of her doctoral dissertation was the Terminology of time in ancient Egyptian texts.

During her PhD, she was invited research associate for one year at the Humboldt University in Berlin (2014-2015). In January 2018, she obtained a postdoctoral position at the Czech Institute of Egyptology of the Charles University in Prague, where she worked on classification strategies in Late Period texts.

At Yale, she is teaching Middle Egyptian and works on a research project which aims at establishing a comparative diachronic study of several evolution phenomena in the New Kingdom (grammar, lexicon, phonology, script and classifiers usage).

She is also currently working on the lexicon, idioms and metaphors used for the expression of emotion and cognition in Ancient Egyptian.