Dimitri Gutas, Professor of Arabic and Graeco-Arabic (PhD, Yale 1974) did his undergraduate and graduate work at Yale in classics, history of religions, and Arabic and Islamic studies. Dimitri Gutas studies and teaches classical Arabic and the pre-modern intellectual tradition in Islamic civilization from different aspects. At the center of his concerns lies the study and understanding of Arabic in its many forms as a prerequisite for the proper appreciation of the written sources which inform us about the history and culture of Islamic societies. He also has an abiding interest in the transmission of Greek scientific and philosophical works into the Islamic world through the momentous Graeco-Arabic translation movement in Baghdad during the 8th-10th centuries AD (2nd-4th Hijri). Out of these two interests grew the longstanding project to compile, in collaboration with Professor Gerhard Endress of Bochum University, Germany, A Greek and Arabic Lexicon, which provides “materials for a dictionary of the medieval translations from Greek into Arabic” and rich information about classical Arabic usage and syntax as well as Greek lexicography (Leiden 1992 and ff.). The Lexicon is compiled in fascicles that appear in regular intervals, and interested graduate students in the Department have the opportunity to participate in the continuing project and sharpen their linguistic skills in both classical Arabic and classical Greek.

In addition to his lexicographical interests in Graeco-Arabic studies, Dimitri Gutas has devoted a large part of his scholarly career to the edition and study of Greek philosophical texts translated into Arabic and their influence in the Islamic world. In this field he has published Greek Wisdom Literature in Arabic Translation. A Study of the Graeco-Arabic Gnomologia (New Haven 1975), Greek Philosophers in the Arabic Tradition (Aldershot, Hampshire 2000), and has been involved from the beginning as co-editor in Project Theophrastus. This project has so far published Theophrastus of Eresus. Sources for his Life, Writings, Thought & Influence, 2 volumes edited by W.W. Fortenbaugh, P.M. Huby, R.W. Sharples, and D. Gutas (Leiden 1992), containing all the extant fragments of Theophrastus in Greek, Arabic, and Latin, seven volumes of commentaries, and a number of his shorter works. One of the latter was published by Gutas in his Theophrastus, On First Principles (transmitted as his Metaphysics) Greek Text and Medieval Arabic Translation, edited and translated, with an Excursus on Graeco Arabic Editorial Technique (Leiden 2010). In addition, he has collaborated with Leonardo Taran, professor of Classics at Columbia (emeritus), to produce the first editio maior of the Greek text of Aristotle’s Poetics (Leiden 2012) on the basis of all available evidence, which includes the all-important Syro-Arabic translation. The methodology of Graeco-Arabic studies and of textual criticism and editorial techinique, treated in both latter publications, is also a main area of concentration and is regularly taught in his graduate seminars.

The significance of the Graeco-Arabic translation movement for Arabic letters and Islamic civilization in general led Dimitri Gutas also to investigate its position in the social history of the early Abbasid caliphate in which it took place. This study led to the publication of Greek Thought, Arabic Culture (London and New York 1998), which looked into the major social, political, and ideological factors that occasioned the translation movement. The social history of intellectual currents in early Islamic civilization, which includes an investigation of the multicultural elements that constituted it, is increasingly becoming the focus of contemporary research worldwide. Greek Thought, Arabic Culture has been translated into eight languages: Arabic, French, Greek, Italian, Japanese, Korean, Persian, and Turkish. The Greek translation won the 2002 Special Honorary Award for the Study of Civilization, awarded by the Greek Society of Letters. Pursuing his interest in this subject, Dimitri Gutas is currently engaged in a book-length study on translations from and into Greek, Syriac, Arabic, Hebrew, and Latin from the Hellenistic period to the Renaissance. The Greek philosophical texts that were translated into Arabic upon demand by interested scholars during the translation movement led to the development of a strong and long-lived philosophical tradition in Arabic.

A considerable amount of the teaching and research effort of Dimitri Gutas has been spent on the study of the Arabic philosophical tradition. General assessments of the state of research are presented in the following articles: “The Study of Arabic Philosophy in the Twentieth Century. An Essay on the Historiography of Arabic Philosophy,” British Journal of Middle Eastern Studies 29 (2002) 5-25, and “The Heritage of Avicenna: The Golden Age of Arabic Philosophy, 1000 – ca. 1350,” in Avicenna and His Heritage, ed. by J. Janssens and D. De Smet (Leuven 2002), 81-97. Dimitri Gutas is on the editorial board of numerous scholarly periodicals publishing on Arabic philosophy, including the leading journal, Arabic Sciences and Philosophy, published by Cambridge University Press. He is currently engaged as co-author and contributor in the new edition of the classic German history of philosophy, Ueberweg. Grundriss der Geschichte der Philosophie, which will devote four volumes to Arabic philosophy. The first volume, Philosophie in der islamischen Welt I: 8.-10. Jahrhundert has appeared (Basel: Verlag Schwabe, 2010).

Within Arabic philosophy, Gutas has concentrated in particular on its greatest exponent, Ibn Sina (known as Avicenna in the medieval Latin world), on whom he wrote the fundamental Avicenna and the Aristotelian Tradition. Introduction to Reading Avicenna’s Philosophical Works (Leiden 1988; second, revised and augmented edition, including an inventory of Avicenna’s authentic works, Leiden 2013). Gutas has continued work on Ibn Sina and has recently published an article on “The Empiricism of Avicenna” (Oriens 40, 2012, pp. 391-436) in which he traces the development of ideas on the subject that found their eventual formulation with John Locke. The study of Ibn Sina and other Arabic philosophical texts formed a regular subject of his graduate seminars. 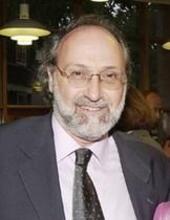