Alberto Urcia joined the Department of Near Eastern Languages and Civilization in May 2012 as Associate Research Scientist to provide support for the Yale Egyptology program as specialist in Virtual Archaeology and Topographic Survey. Alberto’s work is focused on digital processing of data collected from current and previous projects carried out by the Yale Egyptology program. His work enhances publications by producing and managing 2D and 3D data aimed to improve the quality of the information and contents. He also collaborates in the digital survey for different field projects, using several techniques based on 3D scanning, photogrammetry and topography.

As a student in the field of Archaeology of Architecture his BA dissertation aimed to reconstruct – graphically and historically – the building phases of an Italian Medieval castle. Alberto’s experience in conservation and restoration of Cultural Heritage goes back to 2001 when he began participating actively in projects at archaeological sites of the Mediterranean area (mainly Turkey, Italy, and Greece). Since 2006 he has focused on the methodologies applied for the archaeological research, especially those related to technology and computer sciences. This has allowed him to develop skills on bi-dimensional and three-dimensional survey (both objects and landscape), graphic representation of archaeological contents (3D modeling, rendering, 2D drawings) and geo-spatial data management (ancient cartography and G.I.S.).

In 2010 Alberto started working in the Aswan – Kom Ombo Archaeological Project which is an International joint collaboration of Yale University and the University of Bologna. His involvement entailed the coordination of field activities such as topographic survey and particularly, the digital documentation of the Egyptian rock art. 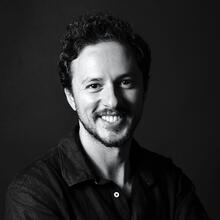