The major in Near Eastern Languages & Civilizations is an interdisciplinary liberal arts major. Students acquire language proficiency and skills in critical analysis in order to study the long-lived and rich civilizations of the Near East, ranging from ancient Mesopotamia and Egypt, to the Medieval Near East and Classical Islam, to modern cultures represented by modern Arabic, Hebrew, Persian, and Turkish.

The Near East is studied for its own intrinsic literary, historic, and artistic interest, as well as its cultural and historical legacies, while also providing new ways of understanding developments and challenges in the modern world. Majors go on to careers in government, foreign service, law, medicine, education, and academic research. The major also provides an excellent basis for graduate study. 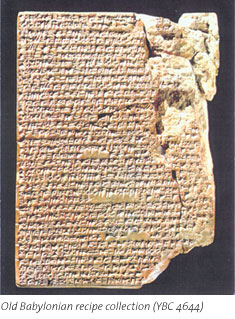 You may apply at Yale College Undergraduate Admissions.

Requirements of the Major

The major for the Class of 2020 and previous classes With DUS approval, the following changes to the requirements of the major may be fulfilled by students who declared their major under previous requirements.

Twelve term courses in the department, or their equivalent, are required for the major, including the senior essay course. There are no prerequisites. Students develop coherent programs of study in one of two tracks:

Track A, Language and Civilization (depth), offers students a rigorous and intellectually coherent foundation in line with their own specific interests. Through in-depth study of Near Eastern languages and texts in their original languages, richly contextualized through study of literature, religion, visual arts, archaeology, political and social history, students focus on the Ancient Near East, the Classical Near East, Medieval Islam, or Modern Arabic and Hebrew languages and cultures. Requirements include: six term courses of one or two Near Eastern languages; one NELC Foundations course; five electives, chosen in consultation with the DUS and assigned faculty adviser; and the senior essay.

Track B, Languages, Civilization, and Culture (breadth), provides students the opportunity to study the Near East in its historical and cultural breadth, and to explore its rich and long-lived civilizations and cultures. This flexible program allows students to take a range of classes and to design their course of study in line with their interests. Areas of interest include languages, literature, history, religion, art and archaeology, and philosophy. Requirements include four term courses of one or more languages; two NELC Foundations courses; and five electives, including one on the ancient Near East, one on the medieval Near East, and one on the modern Middle East, chosen in consultation with the DUS and assigned faculty adviser; and the senior essay.

All students are also encouraged to take related courses in other departments and programs, such as Anthropology, Archaeology, Classics, History, History of Art, History of Science, Medicine & Public Health, Judaic Studies, Literature, Philosophy, and Religious Studies. Such courses, including college seminars, will routinely be accepted for credit toward the major if they deal with Near Eastern topics, at the discretion of the assigned faculty adviser and DUS. 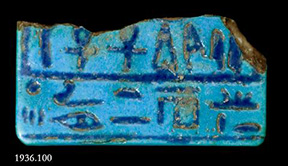 Senior Essay. The senior essay is a research paper of at least thirty pages prepared under the supervision of a departmental faculty member. It may be written under the rubric of NELC 492 and/or 493, or as an extended seminar paper in a departmental seminar course, in which case the instructor serves as the essay adviser. The topic and a prospectus signed by an adviser are to be submitted to the DUS by the end of the fourth week of classes in either term of the senior year. The particular subject matter and theoretical approach of the essay are decided by the student after consultation with the faculty adviser.

In cases in which students demonstrably need more time for an extended research paper, the senior essay may be approved as a yearlong course after consultation with the adviser and the DUS. Only those students who have advanced language skills and whose project is considered to be of exceptional promise are eligible. The requirements for the two-term essay are the same as for the one-term essay, except that the essay should be at least sixty pages.

All course schedules must be discussed with the assigned faculty adviser and approved by the DUS.

Languages currently offered by the Department of Near Eastern Languages & Civilizations include Akkadian, Arabic, Egyptian, Hebrew, Ottoman Turkish, Persian, Syriac, and Turkish. Students who take a foreign language during a term, year, or summer abroad must complete a departmental placement examination after they return to Yale; there are no exceptions to this requirement.

REQUIREMENTS OF THE MAJOR 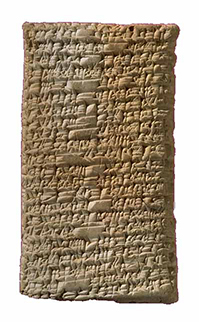 Distribution of courses. Language and Civilization track A (depth)—6 term courses of up to 2 Near Eastern language courses; 1 foundations course; and 5 electives, with DUS consultation; Languages, Civilization, and Culture track B (breadth)—4 term courses of 1 or more Near Eastern language courses; 2 foundations courses; 5 electives to include 1 ancient, 1 medieval, and 1 modern course, with DUS consultation

Senior requirement. Senior essay in NELC 492 and/or 493 or in department seminar